We left Switzerland on the 3rd and went into France, via Paris and Tours. It was a long day of catching trains and not much else happening, so not many photos. It was noticeably warmer in France, as we'd come out of the mountains.

We spent 2 nights in Azal-le-rideau, preparing for the bike tour of the Loire Valley. The first night was pretty quiet in a small old hotel. The second day we went to the Azay-le-rideau chateau which was being renovated, but was still very impressive, the grounds around it were awesome, before meeting up with our friends who were coming on the bike tour. 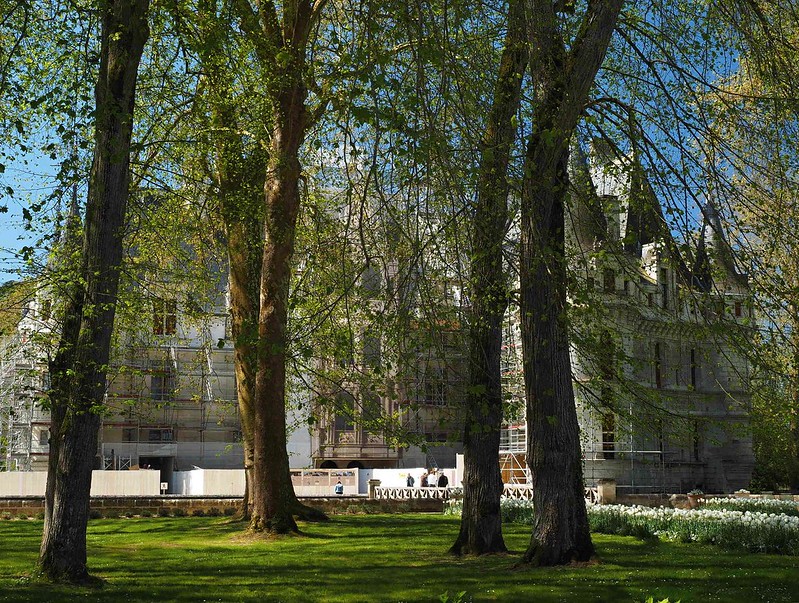