We arrived in Geneva today after 22 hours of fying. We went from Hobart to Melbourne (1.5hrs), to Dubai (14 hrs), to Geneva (6.5 hrs). We arrived at ~1330 local time and it was a nice Spring day. Unfortunately my bag had not arrived with me, it had gone awol ... maybe it preffered it in Dubai. Jules bag did arrive though, so at least we had some of our stuff.

My first step was to buy some spare clothes and toiletries ... and some cheese. We made our way by train into Geneva and unpacked our stuff in the hotel, it didn't take long for me :P We stayed in Hotel Strasbourg, which was right near the train station. The room was small but comfortable.

It's funny the things you notice in a different town, for me in Switzerlan it was hairdressers ... they seem to be everywhere, and open really late ... the one around the corner from our Hotel was still open at 9pm and packed full of people.

Despite being completely exhausted, we decided to go for walk down to the river while there was still some sunlight left and get a glass of wine or two. We found a nice little bar near the Old Town and had some bar snacks (which were free). A glass of wine was 7CHF (~$10 AUD). After that we went back to the river and had a coffee and wandered back to the hotel. We were back by about 1830 and were going to head out again, but tiredness won and we ended up crashing until the next day. 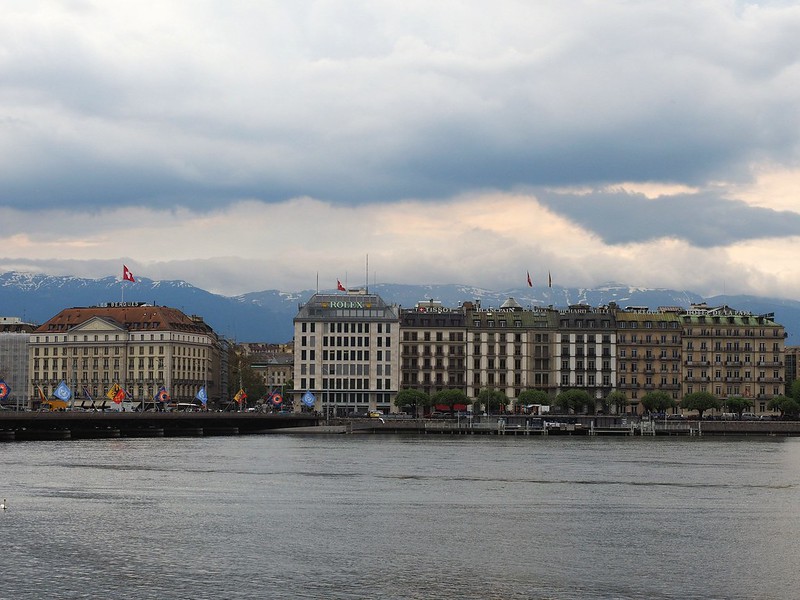