This was the first of two full days in Zermatt, we had some great clear (for the most part) weather and took advantage of it by going up to Gornergrat and up to the Matterhorn lookout.

The main area at Gornergrat is 3800m, this was by far the highest I had ever been and was feeling the effects of altitude. A little dizzy and slightly headachey, it nothing terrible, but defintely noticeable. You get a train all the way up, and people rush to get on the right hand side of the train as thats the side that sees the Matterhorn ... even though the view is better from the top.

The view from Gornergrat was awesome, the Matterhorn was clearly visible (see photos) but was never completely clear of cloud. We spent an hour or so on the top before heading down. The original plan was to walk down from around halfway, but the weather forecast for the following day was cloudy, so we decided to go down all the way on the train and then go straight up the Matterhorn lookout cable car.

As it turned out the lookout was completely clouded over by the time we got up there, but the Ice Palace is great to see and the scenery on the way up was really good too. On the way down we got out and walked from Furi into Zermatt, taking some unintended sidetracks :P 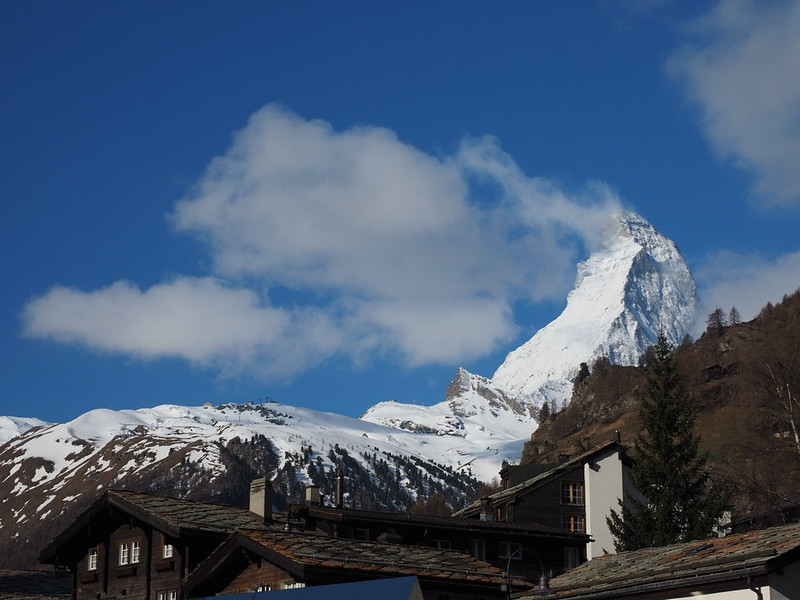